Positive impact of being able to identify emotions supported.

Positive impact of being able to identify emotions supported. 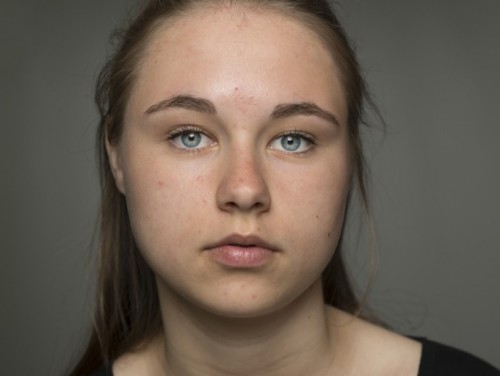 The first step to dealing with a negative emotion is to identify it. If you're feeling irritated, restless or guilty, the most effective way to start feeling better will be different in each case. The trouble is, if your sense of your own emotions is not that fine-grained - if you feel just "bad" or "upset" - you may struggle to identify the cause of your distress, making it tricky to self-regulate your emotions.
Plenty of studies have linked a poor ability to differentiate between negative emotions (known as "low Negative Emotion Differentiation" or "low NED" for short) to depression. But this work has mostly been conducted at a single point in time (i.e. having a "cross-sectional" design), making it impossible to tell whether difficulties with emotional differentiation cause depression or vice versa. The research has also overwhelmingly involved adults, and yet it is adolescence that is most marked by low NED (even more than in early childhood) and depression. This mismatch in the literature motivated Lisa Starr at the University of Rochester and her colleagues to conduct a longitudinal study on adolescents, published recently in Emotion. They looked not only at teenagers' NED and depressive symptoms over time, but also their experience of minor daily hassles and more serious stressful life events.

The team studied 233 healthy American boys and girls aged between 14 and 17. They first interviewed the adolescents for depression and exposure to discrete stressful events (such as serious problems at school or parental separation) over the past 12 months. Then four times a day for the next seven days, the teens used a smartphone questionnaire to describe their current mood using a choice of 12 negative emotion words and 5 positive emotion words (these responses allowed the researchers to score the teens' ability to distinguish their negative emotions). The phone surveys also allowed the teens to note any daily hassles (such as an argument with a parent or a parking ticket) they'd experienced during the preceding five hours, including rating their severity.
Eighteen months later, the same teen participants were again assessed for levels of depression and also exposure to stressful life events during this period.
The researchers found that the adolescents who during the week-long survey period were relatively poor at differentiating between negative (but not positive) emotions were also more likely to suffer a transiently depressed mood after a minor hassle. Eighteen months on, they also had higher levels of depressive symptoms - but only if their exposure to stressful life events during that period had been high.
The finding that low NED on its own, without stress, did not predict depression over time is a "critical finding", the researchers write. They add that it is "to our knowledge, unique to the literature".
Why might an inability to distinguish between negative emotions function as a risk factor for depression only in the context of high levels of stress? "People with difficulties discriminating between and labelling [negative emotions] may fail to orient to the causes and consequences of their emotional responses to stressors, leaving them less prepared to effectively down-regulate [negative emotions]," the researchers write. Such deficits in emotion regulation may in turn "make the emotional aftermath of stressors more difficult to manage and lead to the development of depressive symptoms," they added.
Adolescents experience all kinds of changes, both in their neurobiology and in their social relationships, which put pressure on their emotional functioning. At the start of this study, 15 per cent of the sample had clinically significant symptoms of depression and 4 per cent met the formal psychiatric criteria for a diagnosis of depression. At the second time point, when any depressive symptoms over the past 1.5 years were considered, these rates had jumped to 37 per cent and 16 per cent, respectively. If, as the new findings suggest, low NED in combination with stress is a risk factor for depression, this suggests a particularly effective way to address depression in adolescence might be via a process known as "affect labelling".
This process involves teaching people to understand and recognise a broader range of emotions (usually negative ones). It has been shown to lessen the intensity of negative emotions and encourage appropriate responses - and the researchers suggest, given their new data, that it may also protect against the development of depression. "Moreover, our finding that NED interacts with environmental stress to predict depression suggests it is especially important to target interventions at high-risk, stress-exposed youth," they conclude.
—The perils of murky emotions: Emotion differentiation moderates the prospective relationship between naturalistic stress exposure and adolescent depression
Emma Young (@EmmaELYoung) is Staff Writer at BPS Research Digest